Japan Animation Association was established in 1978 to promote animation culture and has members of various ages. This time, we have selected artists born in the Around 80's to introduce the deep world of short animation, in which the individual thoughts of the artists are strongly reflected.

CHAI" is a girl band of four NEO cute girls. They are born simultaneously from the cosmic mandala of life created by ancient dynamos. The girls are free to transform, divide, and fly around freely. There are no restrictions to hold them back. Eventually, the Dinosaurs are born from within them. Friendship grows between CHAI and the Dinosaurs, forming a cosmic mandala again. And CHAI transforms into Super God CHAI, warping out of his brain into another universe. 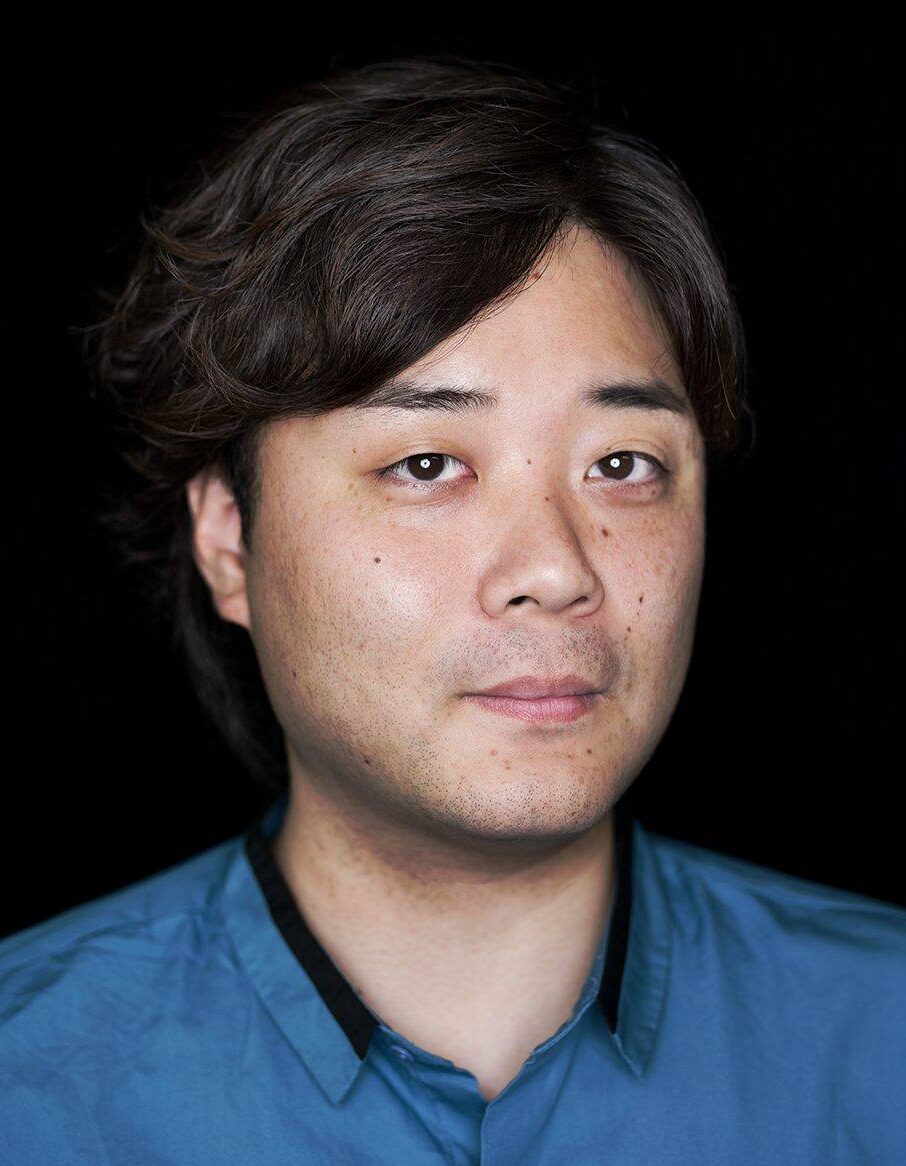 MIZUE Mirai is an animation director who creates non-narrative pieces with cellular and geometric motifs. Known for his unique, eye-catching abstract animations, Mizue is involved in a wide variety of projects that include independent animation and music videos. He is currently working on his first full-length animation, tentatively titled Mirai Mizue’s Journey to the West.

Graduated from Tama Art University's Graduate School of Graphic Design in 2013, and studied abroad at the Filmakademie in Germany as an overseas trainee of the Agency for Cultural Affairs of Japan in 2018. Currently a member of "mimoid". Part-time instructor at Joshibi University of Art and Design. Produces independent projects besides working with advertisement films. His works have been screened, published, awarded in domestic and international film festivals and media. Including the Annecy International Animation Film Festival. His representative works include King Gnu's "PrayerX", Millennium Parade's "Trepanation", OddTaxi's opening video, NHK Anime in the Dark's "The Story of Seeing Sound", and more.

Rain Man, the symbol of sadness. Rainman, who cried all the time. But in the midst of sadness, there was a rainbow and light. When we realize that we can live with grief, we can move forward. 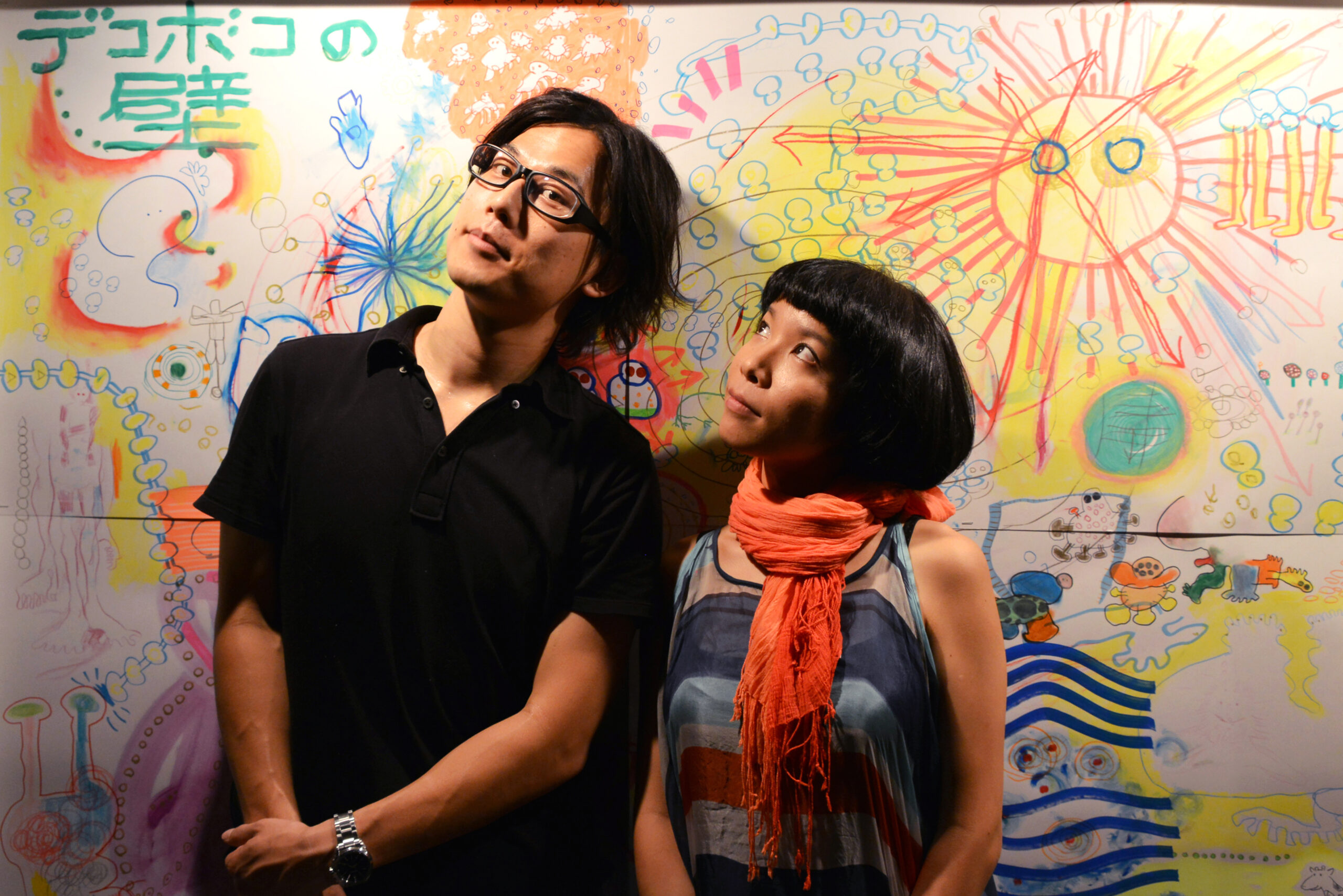 Creative unit consisting of Kouko Ichinose and Tomoyoshi Kamikou. They produce a wide range of contents for children and adults, mainly illustrations and animations, and are also active in workshops and community activities. Both entered the Department of Animation at Tokyo Polytechnic University's Faculty of Fine Arts in the first year the course was made. In 2009, they graduated from the Graduate School of Arts, Tokyo Polytechnic University, majoring in Media Art, Animation Media Area. During their studies, they studied under Taku Furukawa. In 2010, he formed Deco Vocal. Since 2019, Kouko Ichinose has been serving as a "hometown ambassador" for her hometown, Ichikawa Misato Town, Yamanashi Prefecture.

Just before Miyo's wedding, her best friend, whom she had invited to the wedding, breaks off the relationship with her. Miyo learns that friendship has an expiration date and she thinks back to the days when she was young and happy. 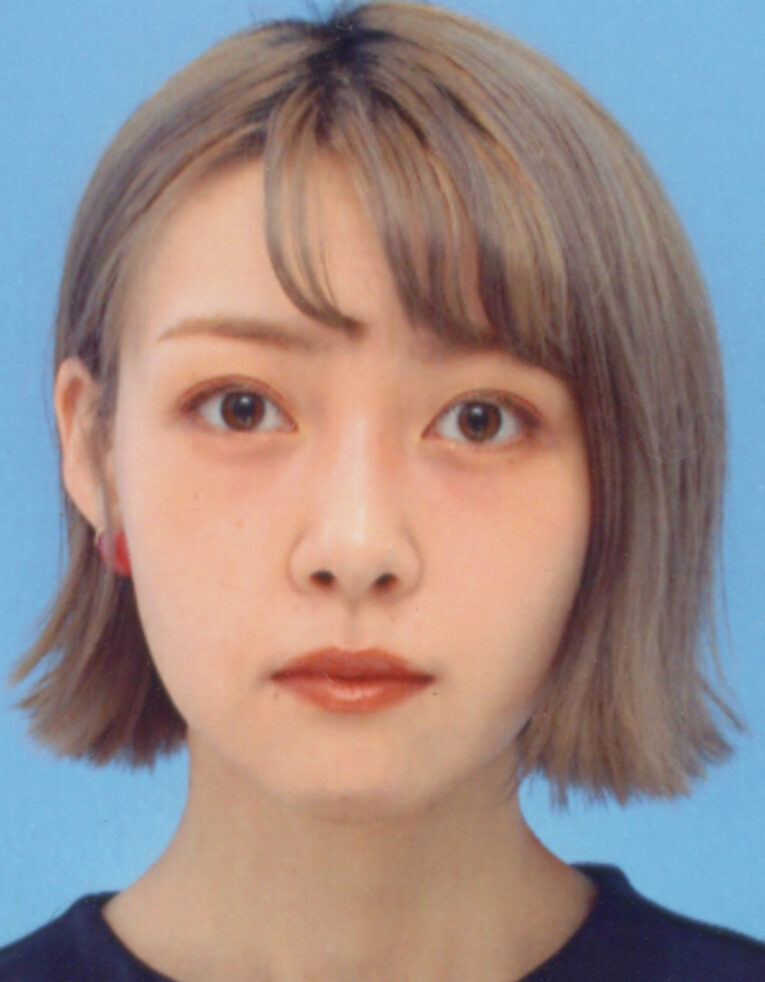 Graduated from Department of Information Design, Media Art Course, of Tama Art University, and also graduated the masters from Tokyo University of the Arts in Animation. He creates hand-drawn animation with characters drawn with soft lines.

A boy hiding his eyes with sunglasses takes a cautious step towards the red table, and put a toy train on a rail set by someone. The boy turns on the switch soon after, then their play begins with the toy train running on the rail. 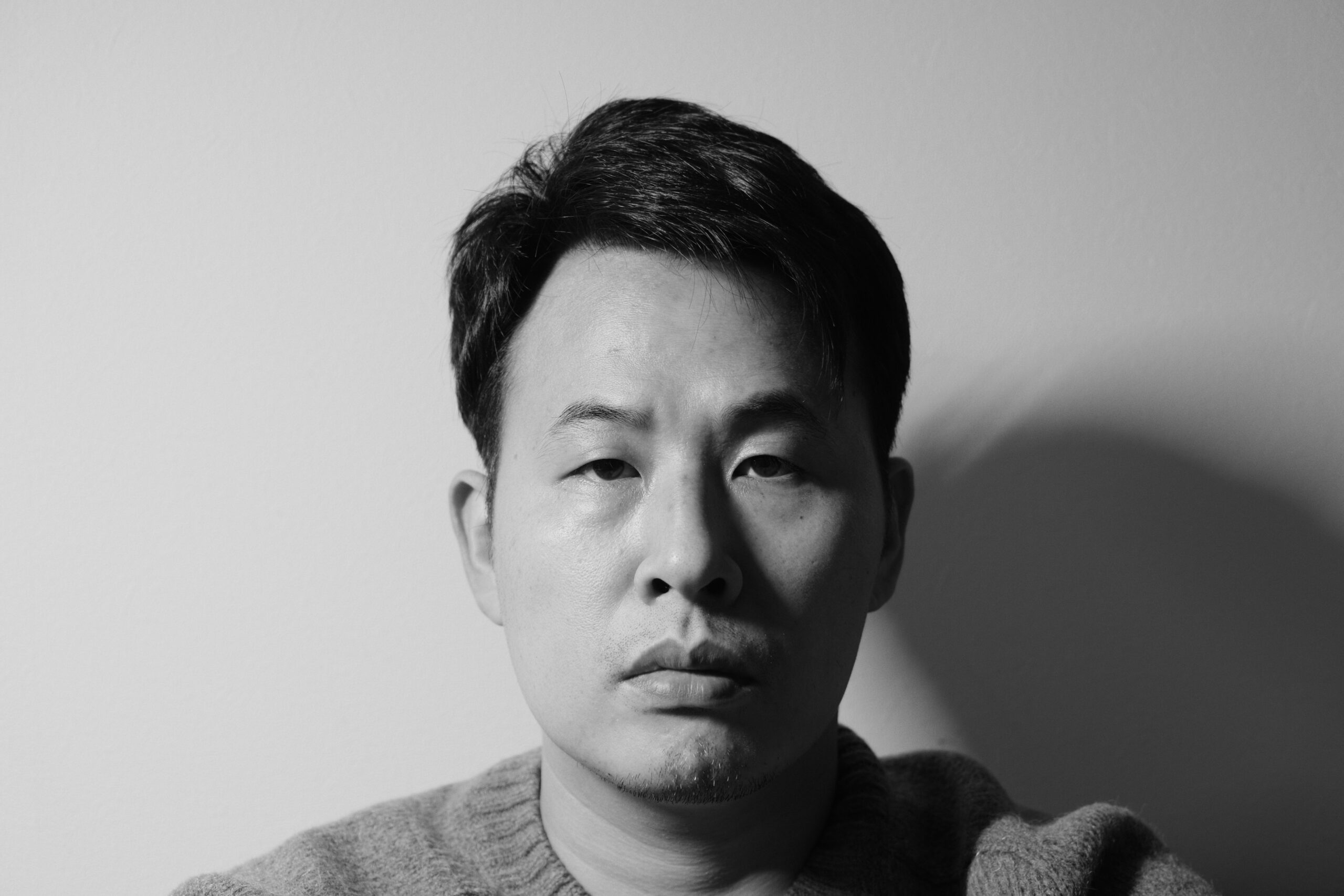 Music video of Tarareba by Amazarashi's. The lyrics of the song have a strong narrative message and the music video was created to express this message in a gentle way. 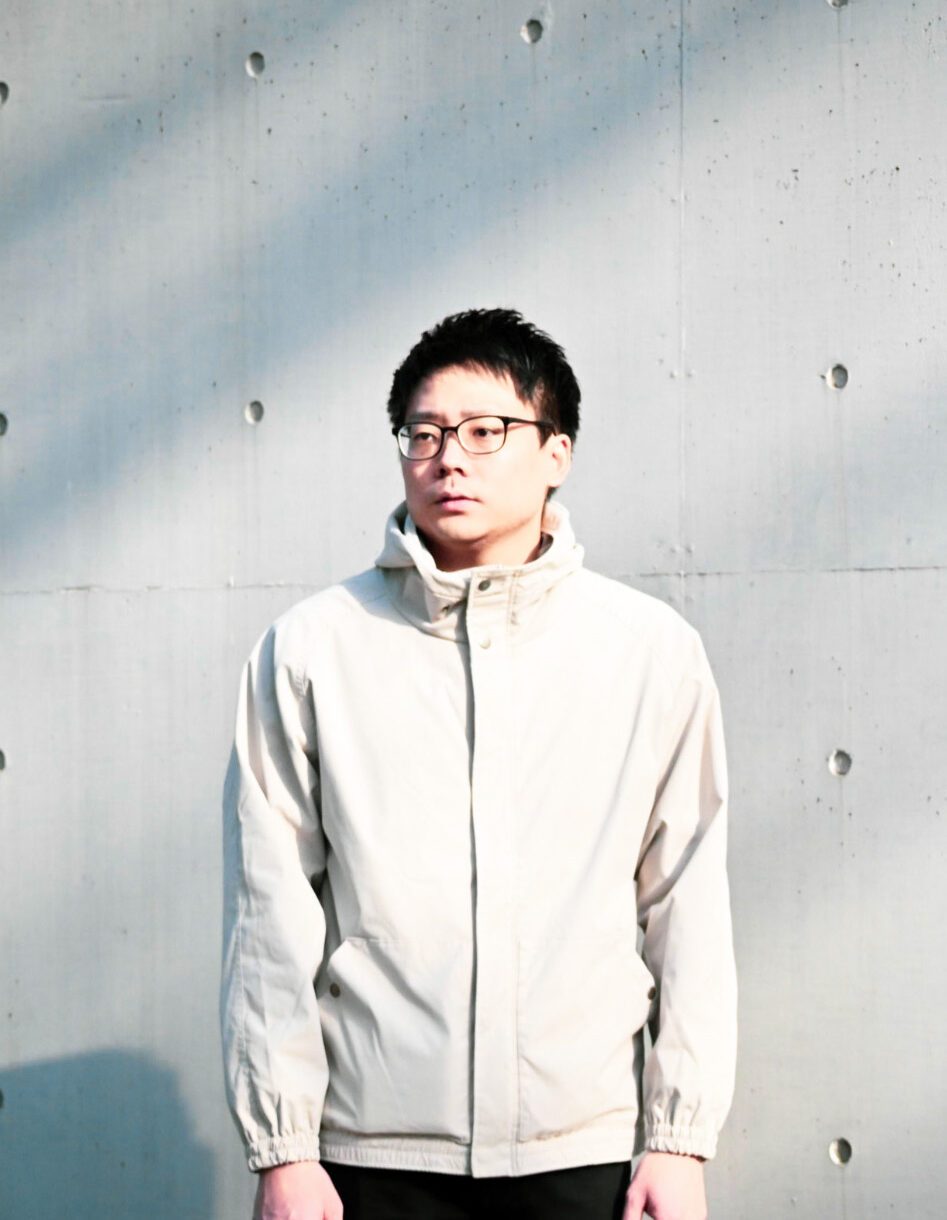 Born in 1990 in Oita Prefecture. He specializes in hand-drawn animation using ink and other drawing materials, or with features of hand-drawing and incorporation. In addition to independent productions, he also directs and produces avant-garde credits at animation studios. Other Works Kicking Rock(short film) won the Grand Prix at BIAF2013 (Korea) in the online category. Short film "00:08" won the Best Gallery Award at Anima Mundi2014 (Brazil) Animated feature film "Tsuchikuni no Shojo" Director Animation Director for the film "Eventually Reaching the Sea" Director of the TV animation "Vanitas no Teki" (Episode 1, Avant-garde credits) Member of Japan Animation Association.

MV for the song "Paprika" by Genshi Yonezu, also broadcast as NHK's "Minna no Uta" from August to September 2019.
It depicts a summer memory experienced by a pair of brothers and sisters. Based on experiences common to many Japanese people, such as summer vacation, hometown trips, Obon, and summer festivals.
The film expresses the transition of life and seasons through dynamic animation. Inspired by Kenji Miyazawa's "Kaze no Matasaburo," the film takes over the spirit of the fairy tale familiar to previous generations and presents it in a new animated form for the children of today.

This is an animated music video by the two-piece rock band Yorshka, based on Sakutaro Hagiwara's poetry collection "Howl at the Moon". The theme of the song is a reinterpretation of modern literature.
Sakutaro's poem "Sad Moonlit Nights" and the phrase "a dog barking at the moon" remind the viewer of a lonely young man roaming a seaside town. I thought of the image of a lonely poet = a criminal, and turned it into a story. Men roaming the streets at night, women like prostitutes, moonlit bullfights, human shadows turning into animals, clothes dancing like ghosts, etc. The song poetically depicts the desires and fantasies of men.
He also wanted to extract from modern Western painting in the same way that the songs are extracted from literature, and he decided to use the Giacometti's "Dog," Picasso's "Bullfight," Monet's "Water Lilies," and Van Gogh's "Starry Moonlit Night," among others. The artist attempted to express them in a new animated form.

A series of animated films of 15 seconds one for each month, released on the website of the fashion brand "45R" for a year from September 2019 to August 2020. It features seasonal scenes such as falling leaves, cleaning, New Year's, cherry blossoms, and cool evenings, along with the enjoyment of the casual daily lives of between girl and a boy. 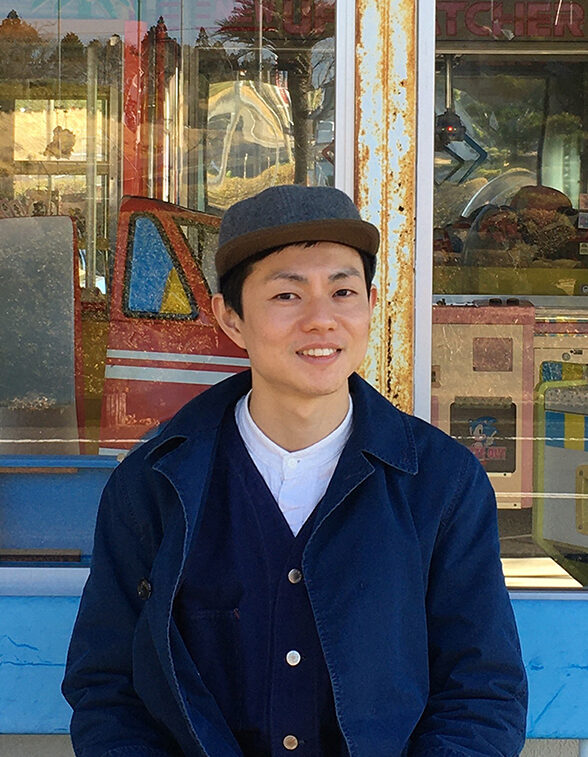 HIMEDA Manabu Born 1988 in Miyazaki Prefecture. Graduated from Tama Art University, Graduate School of Graphic Design. He has been creating animations and illustrations for TV, web, and film, centering on his self-produced animation series "Welcome to My Life," in which he writes lyrics, composes music, sings, and performs.

When everything is covered in fog before dawn, the crows' funeral has be done. A flock of crows circle around over the dead and offers many black feathers. A silver crow that is the spirit of the dead fly to the sky. Memories of the dead and the crow close to it get together in the cloud, their lives are taken over. 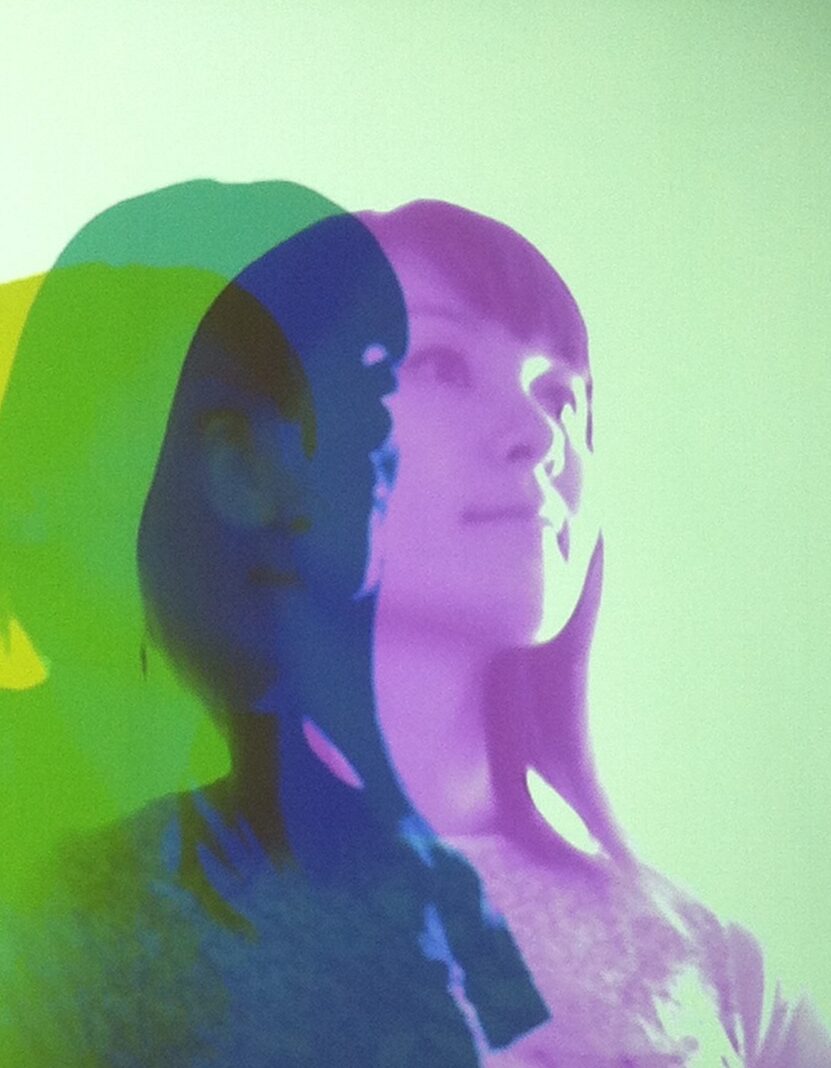 Makiko Sukikara, an animation director, was born 1982 in Osaka/Japan and has created animation works by the multiplane camera since the late 2000s. The animation world with nature and animals of her drawing, such as “WHILE THE CROW WEEPS”2013 and “Walkin’ On The Snow Grass”2010, has been showing all over the world. In 2019 “DEEP SEA’S RAINBOW” revealed to be created step by step over 5 years. Currently, next project “LUNATIC PLAN(e)T” is working on. 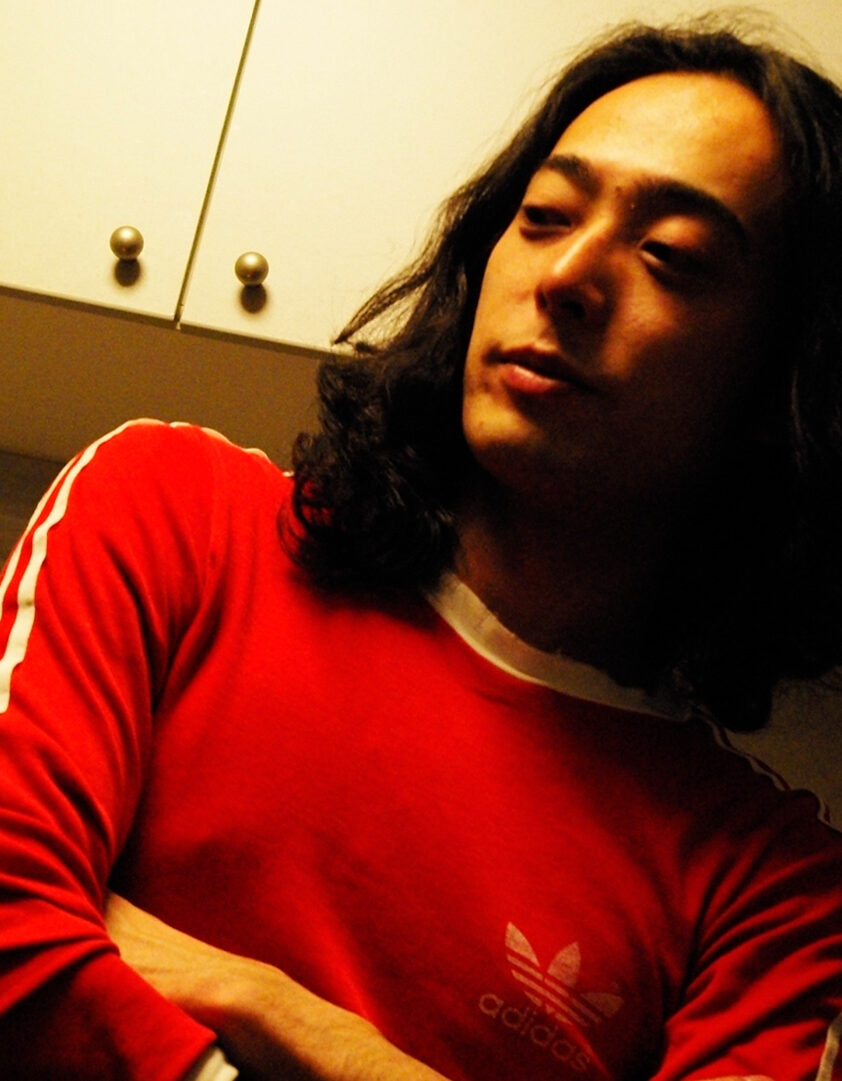 Kohei Matsumura was born in 1980 in Osaka. He studied Kyoto Institute of Technology. He received the Excellence Award of Canon New Cosmos of Photography in 2005 and the New Face Award of 17th JAPAN MEDIA ARTS FESTIVAL in 2014. He showed his film “Scene Missing”(2014) at AVIFF in Cannes. Throughout his career, he has participated in many art project by his creating and recording images. Representatively, he had taken charge of motion pictures in Canon "NEOREAL” at Milano Salone(2010), John Cage 100th Anniversary Countdown Event (2007-2012), and Performance Unit Mountain/Full Edition(2013-).

Music video for the song "alone" by BONZIE, a singer-songwriter based in the U.S. The body of a woman connected to nature and phenomena such as mountains, trees, rain, and rivers. 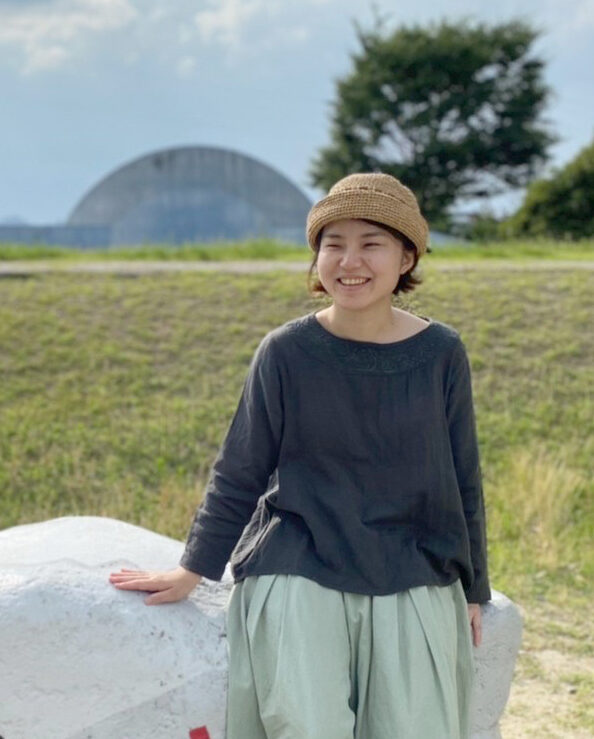 "Born in Nagoya, Aichi, Japan. He graduated from the Graduate School of Animation, Tokyo University of the Arts in 2015. His major works include ""Kitsune Tsukizuki"" (2015) and ""Anone no Kabocha"" (2018). In addition to live performances of shadow puppets and sand paintings based on folk tales from various regions, she also organizes and plans workshops for children and parent-child interaction. She currently resides in Nagano Prefecture."

The music video for "fake!fake!" by Karasu wa masshito. Inspired by the keywords "amusement park" and "Hakoniwa," which are also the themes of the album containing the song. I depicted the story of the main character, a young girl, as she escapes from a nightmare. Aiming to create an intuitive image that comes to mind when you hear the sound, we placed importance on synchronization between the music and the images.

"Illustrator｜Animation Artist Born in 1987. His graduate work ""The Tender March"" won the New Artist Award in the Animation Division of the 15th Japan Media Arts Festival. After working for a game company and freelancing, he joined Pie in the sky Inc. in 2017."

In Japan, there are many customs, folk tales, and legends unique to each region. This animation is based on a story told by a potter in Nagata-nasa, Mimata-cho, Miyazaki Prefecture, where there are many legends of kappa (water imps), narrated by the potter himself. The artist was kind enough to share some of the ash from the local Mt. Shinmoe volcano, which he also uses as a material for his pottery. This animation was filmed with drawing pictures on a glass table using the volcanic ashes. 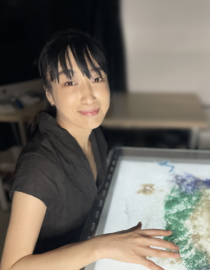 Animation artist. She mainly creates sand painting animation using a glass table. She planned and directed an omnibus documentary animation about childbirth, "Birth-Tsumugu Inochi" (2015), "Birth-Doru Inochi" (2017), and "Birth-Meguru Inochi" (2020), which won the Best Director Award at the Los Angeles Documentary Film Festival, the Eibunren Award for Excellence in Planning, and other prizes. She directed the animation part of the feature documentary "Prison Circle" (directed by Kaoru Sakaue), which won the Agency for Cultural Affairs Film Award and the Agency for Cultural Affairs Documentary Grand Prize in 2020. "Oyasumi~Lullaby of Flame~" and " Garappadondo Kurasu Mura," a collection of folk tales and experiences from Miyazaki, produced together with a storyteller, were nominated for the Noburo Oto Award in the Animation Division of the Mainichi Film Concours. In addition to production, she also organizes workshops for parents and children.

The world where humans abandoned their flesh and blood long ago and became inorganic. This film depicts the form of their love and their loss. 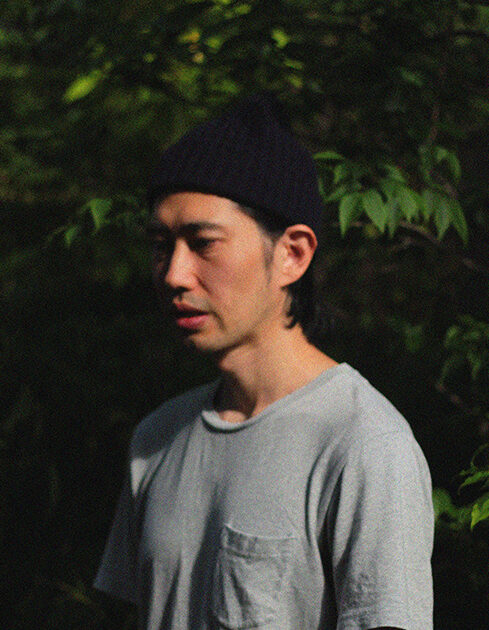 Noburo Hanzaki graduated from the Graduate School of Design, Tokyo University of the Arts in 2007 and began working as a freelance video artist. 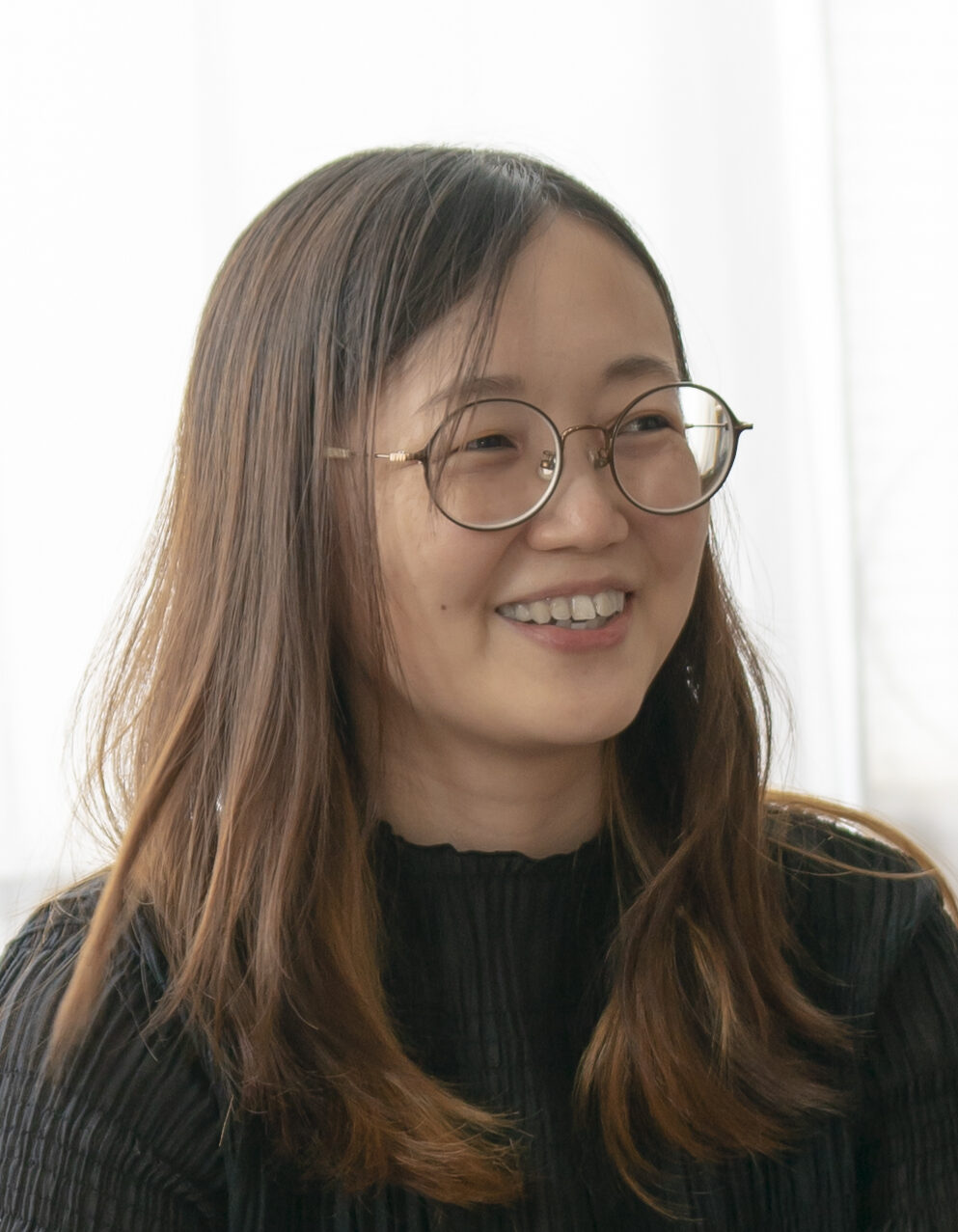 "This is a music video of Pink Lady's ""Southpaw"" covered by Kuricorder Quartet. The lively recorder performance is accompanied by a lively dance." 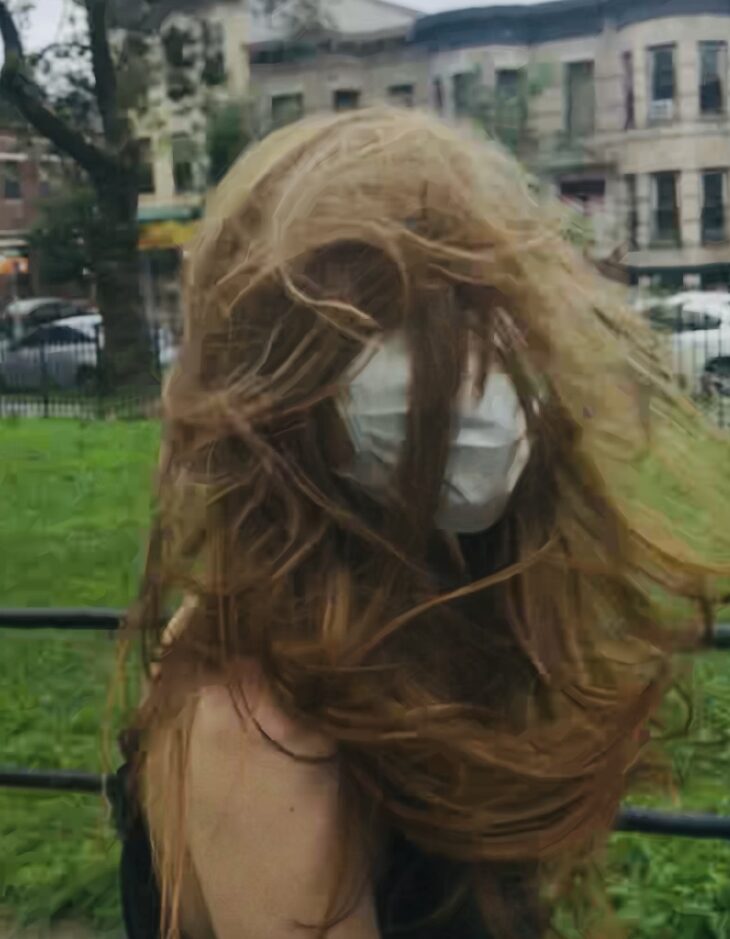 "Who is this exercise for? An exercise story about a tigger boy and his dog." 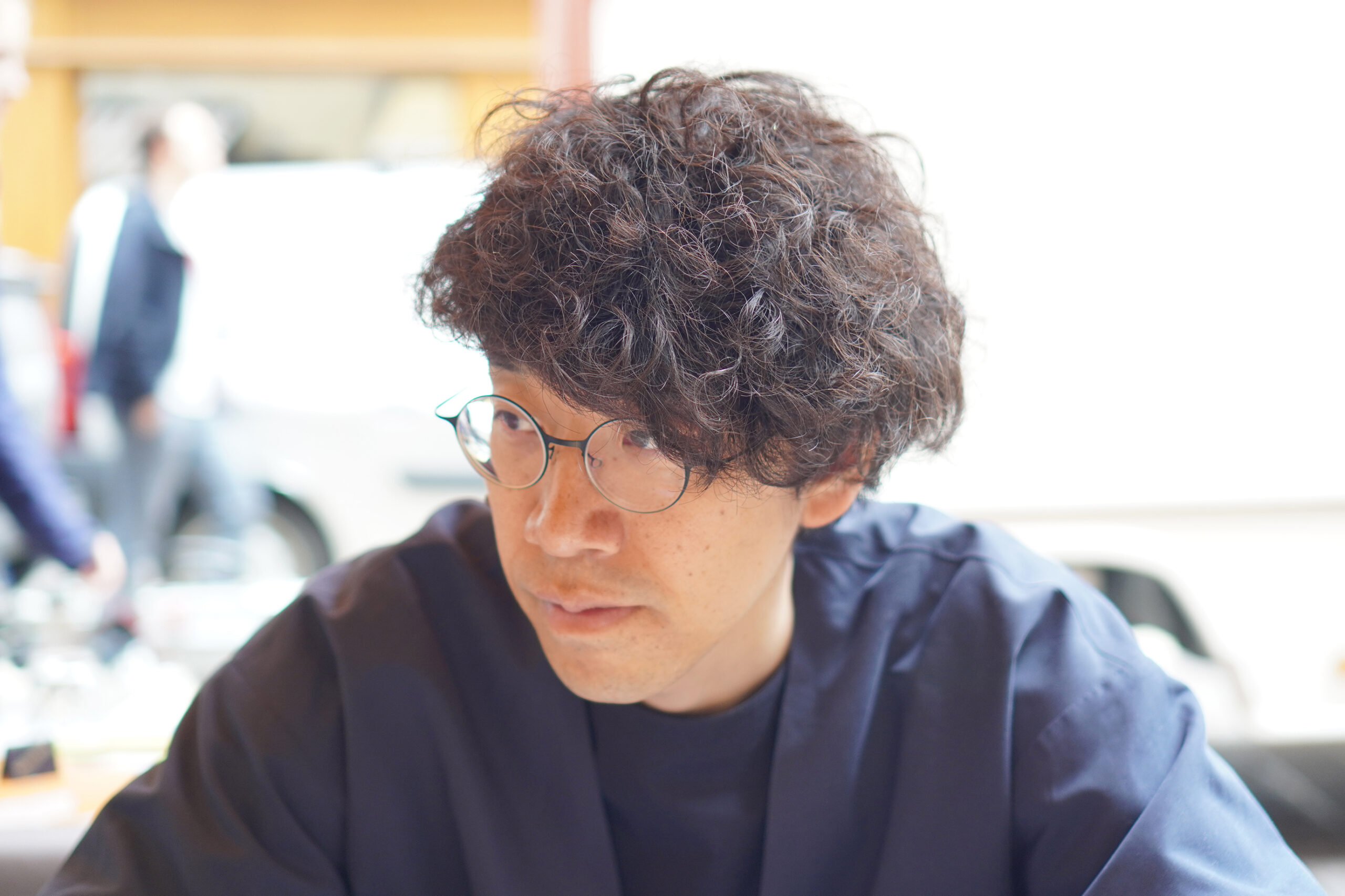 Born in 1980. Graduated from Osaka kyoiku University, Image Forum Institute of Moving image and Tokyo University of the Arts. Began to create the short animation works in self-study from 2002. Like to make comfortable movements and is always thinking about the Japanese traditional concept called "Ma", the tension produced between movements. In a Pig's Eye (2010) won the Best Film at Fantoche International Animation Film Festival, and Silver Jabberwocky at Etiuda and Anima. The Mechanism of Spring (2010) premiered at the Venice Film Festival and The Great Rabbit (2012) won the Silver Bear at the Berlin Film Festival. Autumn from Antonio Vivaldi "The Four Seasons" (2018) won Japan Grand Prix. Solo Exhibition My Marsh has held in Yokohama Museum of Art in 2017 and in Hyogo Prefectural Museum of Art in 2018. New game My Exercise (2020) was released in 2020 summer and new short film Bird in the Peninsula is work in progress. 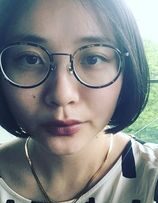 "Born in Tokyo, 1989. Graduated from Tokyo Polytechnic University, Faculty of Arts, Department of Animation in 2012. Graduated at Tokyo university of the Arts, Graduate School of Film and New Media, Department of Animation in 2014. 2015-2016, she made animation short films at The Open Workshop at The Animation Workshop in Denmark. She is working for commercials, feature animation, and music videos as a freelance animator based in Tokyo."