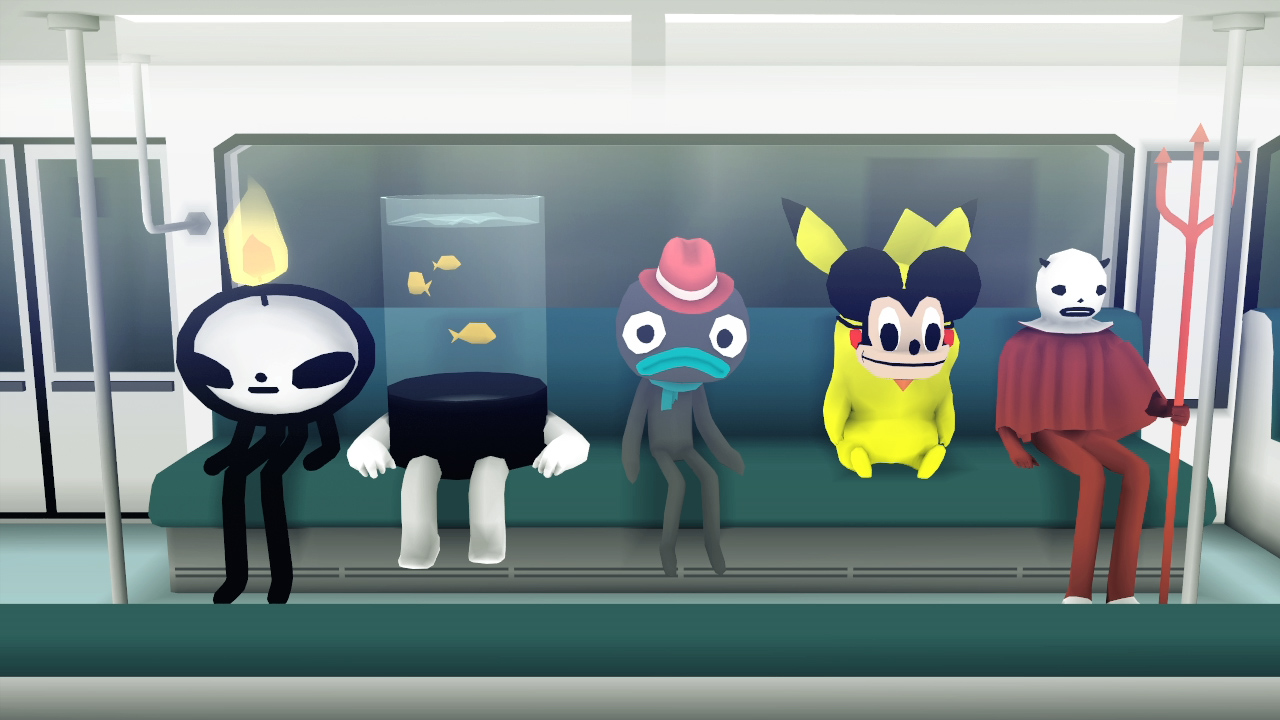 "Some are born great, some achieve greatness, some have greatness thrust upon them .....and then there are others” A 23 minute animated film by award winning writer/animator Adam Elliot. Winner of the 2004 Oscar for Best Animated Short Film, Harvie Krumpet is the biography of an ordinary man seemingly cursed with bad luck. From being born with Tourette Syndrome to getting struck by lightning; from having his testicle removed to developing Alzheimer's disease; Harvie's troubles seem unending ! Yet, Harvie learns many lessons about life and enjoys its many fruits. He finds love, freedom, nudity and ultimately the true meaning of what it is to be human. 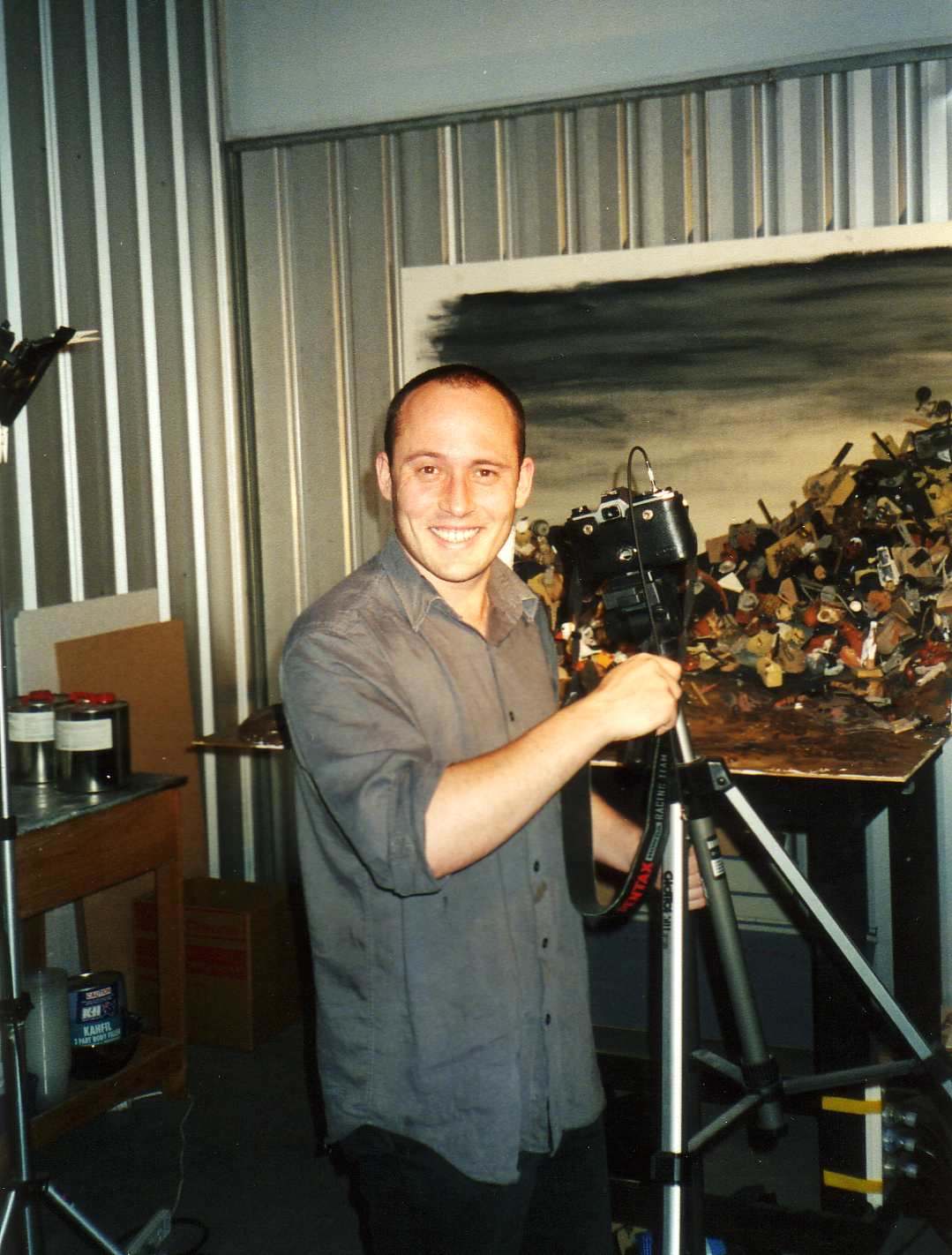 Adam has become one of Australia’s most celebrated filmmakers, his short film trilogy, UNCLE, COUSIN and BROTHER, is one of the countries most highly awarded and successful collection of short films. These films have participated in over three hundred film festivals and won over fifty awards. The films have won four AFI Awards from five nominations, and each has been shortlisted for Academy Award consideration. In 1998 Adam was given the honorable title of 'Young Australian of the Year – State Representative’ for his achievements in film making, as well as being awarded the 'Medibank Private Arts Award'. In 1999 he was presented with the annual 'Film Victoria Greg Tepper Award’ for outstanding achievement by an emerging filmmaker as identified by the state government funding agency. In 2001 he was featured in Screen International’s Talent Focus column on ‘red-hot new director’s’. Adam’s films are infused with a balance of humour and pathos, his simple characters touch a nerve with people from all walks of life. He has a passion for human observation and bases all his work on the detailed analysis of the people around him.

After a day spent outside the apartment, the young woman is relieved to return to it. However, there are many things to be done here as well, prepare a meal, do laundry, entertain herself with television and the Internet. What is conceptually self-care and rest, is in facet a series of jobs that involve the use of machines. The small intimate space is gradually filled with the noise of these machines. The situation is absurd and exhausting.

Born 1977 in Zagreb, graduated in 2003 from the Academy of Fine Arts in Zagreb, teaching department in sculpting under professor Miro Vuco. Exhibited at several group and solo exhibitions, pursues sculpture, installations, video and photography. Member of HDLU, HZSU and ASIFA. Works as an animator since 2005. Date of birth May 9th 1977

A dark musical enacted in a modern market place next to a large freeway. The employees in the different commercial venues, portrayed as animals, deal with boredom and existential anxiety by performing cheerful musical turns. The apocalypse is a tempting liberation.

Niki Lindroth von Bahr is an artist and director based in Stockholm. Her award winning animated films have been screened at festivals like Cannes, Berlinale, Toronto and Sundance. The Burden has since its premiere in 2017 received 85 awards, including the Cristal for Best Short Film in Annecy, Best International Short Film in Toronto and the Swedish Guldbaggen for Best Short Film. Her latest film Something to Remember (2019) has so far been awarded for Best Animation at the Oscar qualifying festivals AFI Fest, Aspen Shortfest, Tampere Film Festival and Leeds Film Festival. In January 2022, The House was released on Netflix worldwide. A stop motion anthology where Niki made the second story out of three. Parallel to her film productions, Niki is a sculptor and a costume designer, and has been working with artists like Fever Ray and David Bowie. She has teached animation and set design at schools like CalArts and Tokyo University of Art, Film and New Media. Niki is since 2020 a member of the Oscar Academy.

Argentinian EZEQUIEL DALINGER Ezequiel Dalinger is graduated in Design of Image and Sound by the University of Buenos Aires (FADU – UBA) and is studying a Master in Administration of cultural and creative organizations (FCE – UBA). Director and creator of ANIMA LATINA, Latin American Animation Film Festival (Buenos Aires, Argentina). He has also programmed for other festivals and organizations. He has served as jury member and speaker at numerous national and international film festivals and markets. He currently contributes as a journalist to different national media while maintaining his website “Zona de Animación”. He has published many articles in academic journals. His latest project is "Migrante", a collaborative animated short film about migration that involved more than 50 animators from 11 countries from Latin America.