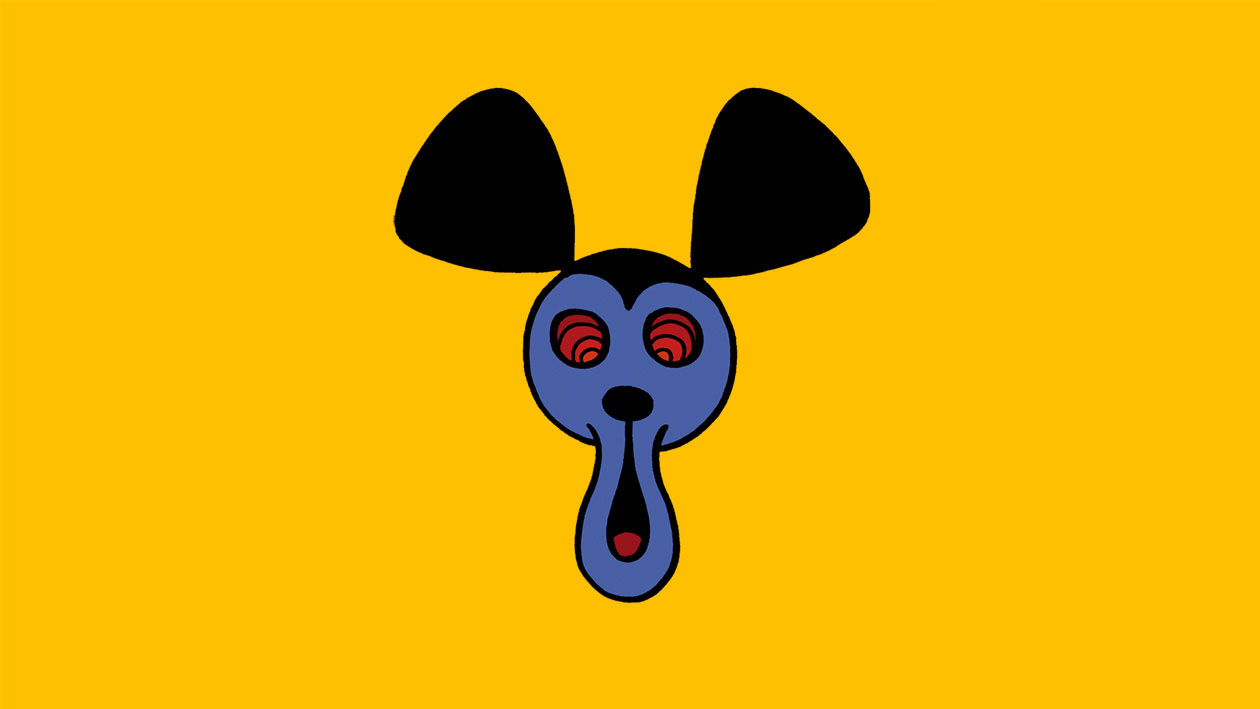 Since the silent period, various artists have added rhythms and accents to the movements of things, establishing a new relationship between movement and sound, between sight and sound that is different from that of mere dance and accompaniment. This lecture will introduce these works of "visual music" and delve into their details to recapture the pleasures of animation.

For Studie Nr. 7, Fischinger found in Brahms' 'Hungarian Dance No. 5' a perfect vehicle for his optical experiments. The sharp, fast rhythms are an ideal counterpoint for his exploration of absolute darkness as a space matrix, with hard-edged shapes twisting, flickering and curving through it, rushing past the viewer, razor thin, with astounding illusions of depth. The sensuous gypsy violins are played off against soft but solid shapes that curl about each other with rich geometric languor. Altogether the images are an excellent culmination of the basic visual concepts Fischinger had been working out in his first six studies. Conceived, charted and executed like the rest of the black and white studies with thousands of separate charcoal drawings on paper (Dr. William Moritz). Originally 35mm, transferred to HD video. Restored by Center for Visual Music.

Oskar Fischinger (1900–67) was a pioneer of abstract animation and visual music. Working in Frankfurt, Munich, Berlin and Los Angeles, he is known as the Father of Visual Music and the Grandfather of Motion Graphics. Fischinger made some of the first music videos in the early 1930s for Electrola Records, influenced John Cage’s theories of percussion, and the style of Disney’s Fantasia (1940). He has influenced generations of animators and filmmakers and continues to do so today. His ground-breaking 1930s Studies series synchronizing animation and music screened in first-run theatres worldwide.
Born near Frankfurt, Fischinger began his early animation experiments c. 1920. He moved to Berlin in 1927 where he made special effects in his animation studio for feature films such as Fritz Lang's Woman in the Moon. He continued to make his own abstract films and also made commercials. His Muratti cigarette commercials made him famous worldwide. Paramount Studios brought him to Los Angeles in 1936, where he had several unsuccessful encounters with Hollywood studios. Working briefly at Disney on Fantasia, he quit after his designs were greatly altered. He did manage to make several masterpieces (Allegretto, Motion Painting no. 1), primarily with support from the Guggenheim Foundation in New York. In his later years he could not find support for his films, making only a few commercials in the early 1950s for oil, gas and television sets. Thereafter he focused on painting, drawing, a stereo film test, and the Lumigraph, a light-play instrument. He died in Los Angeles in 1967. --Cindy Keefer, Curator/Archivist

Bute lived and worked in New York City, where she made her "Seeing Sound" films, a series of short animated Visual Music films. This film began as an actual chart of Shostakovich's Polka from "The Age of Gold." Award winner at Venice Film Festival. Courtesy Center for Visual Music

Mary Ellen Bute (1906-83) was born in Houston, Texas, on November 21, 1906, the first of six children in a socially prominent family. From age 16 to 28, she studied at the Pennsylvania Academy of Art, the Yale Drama Department and the Sorbonne, traveled around the world, and apprenticed to numerous avant-garde artists, scientists and musicians in New York City.
Between 1934 and 1953 Bute created 14 short abstract films, working with cinematographer Theodore Nemeth, an expert in animation and special effects. First in black-and-white, then in color, then pioneering in oscilloscope-generated imagery, most of the films were shown commercially in art theaters around the country; six premiered on the huge screen of the Radio City Music Hall.
In 1940, Bute and Nemeth were married and he opened his own studio where she often wrote scripts for his documentary and advertising films. Two sons, Theodore Jr. and James, were born in 1940 and 1947 respectively.
Moving to live-action fiction films in the mid-1950s, Bute produced a half-hour featurette, "The Boy Who Saw Through," casting teen-aged Christopher Walken in his first leading role.
Bute devoted some seven years to the feature-length Passages From Finnegans Wake, which she directed and produced. Her AFI-funded film about poet Walt Whitman was unfinished at the time of her death on October 17, 1983, in New York City. --Cecile Starr, Film Historian

Belson started as a painter before turning to film in the late 1940s, inspired by seeing films by Fischinger and McLaren. Using long paper scrolls, Belson painted fluidly down the length of the scroll, then filmed the imagery in 16mm film, frame by frame. Mandala is his first film to use mandala imagery, and an early expression of his interest in eastern philosophies. The soundtrack is Balinese gamelan music. Restored by and courtesy Center for Visual Music

Norman McLaren and Grant Munro use three different animation techniques to provide visual representations of canons in a film designed to teach viewers about this ancient musical form. The soundtrack combines both recorded classical music and sounds produced by a synthesizer.

The young Norman McLaren began his filmmaking career in 1934, and the following year, two of his films won prizes at the Scottish Amateur Film Festival, where John Grierson offered him a job at the General Post Office Film Unit in London. In 1941, at the invitation of Grierson, who had become Canada’s first Government Film Commissioner, McLaren joined the National Film Board. The first films he made for the NFB were almost all intended to support the war effort. This didn’t prevent him from making several experimental films and founding an animation department. Over the course of his career, he mostly created experimental animation, with music as an important element. He also experimented with the use of dance and dancers. McLaren’s films have garnered more than 200 awards. Neighbours won an Oscar® in 1952, and Blinkity Blank received the Palme d’Or for short films at the 1955 Cannes festival. In 2009, Neighbours was added to the UNESCO Memory of the World Register, which lists the most significant documentary heritage collections. McLaren was a master and a source of inspiration for countless filmmakers, and audiences around the world consider his name to be practically synonymous with the NFB.

In this short animation film the triangle achieves the distinction of principal dancer in a geometric ballet. The triangle is shown splitting into some three hundred transformations, dividing and sub-dividing with grace and symmetry to the music of a waltz. The film's artist and animator is René Jodoin, whose credits include Dance Squared and several collaborations with Norman McLaren. Film without words.

Animator Ryan Larkin does a visual improvisation to music performed by a popular group presented as sidewalk entertainers. His take-off point is the music, but his own beat is more boisterous than that of the musicians. The illustrations range from convoluted abstractions to caricatures of familiar rituals. Without words.

"And I'm still carrying the gift you gave, It's a part of me now, it's been cherished and saved, It'll be with me unto the grave And then unto eternity." (Bob Dylan) 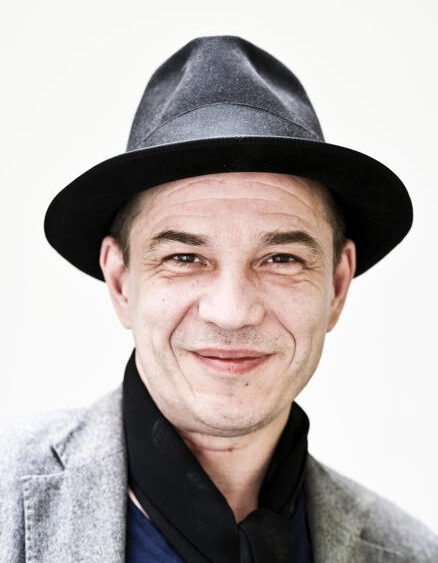 Andreas Hykade was born in the summer of love in Altötting, center of the Holy Mary cult. Since he´s been a grown-up, he´s created animated films for grown-ups. Now he´s a father, he creates animated films for children as well. Since 2015 he is the director of the Institute of Animation at the Filmakademie Baden-Württemberg.