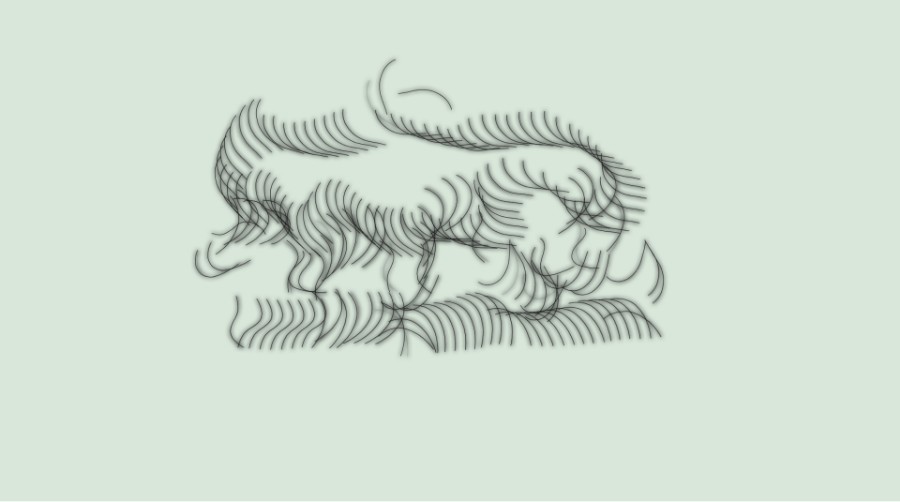 This category is for poetic animation films.

R​epetitive still standing movement​, an exploration of the visual image for its own sake.​ A projection of mental images, which are formed while listening to music. From the simple act of drawing a line, to the intricate movement and complex structure of animation that is able to self-generate. 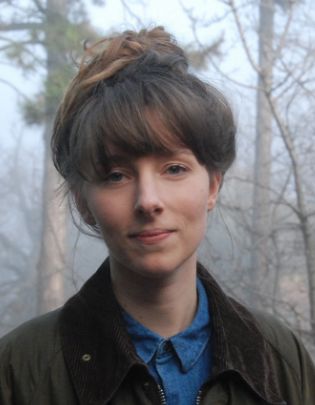 Réka Bucsi is a Hungarian animation filmmaker. She graduated from Moholy-Nagy University of Art and Design in 2013. Réka's graduation film 'Symphony no. 42' was shortlisted for the Oscars in 2014. Her personal films were screened at various film festivals, including all of them premiering at the Berlinale and further playing in competition at Sundance, Ottawa, AFI Fest, BFI London Film Festival and SXSW. Réka’s short film ‘LOVE’ was nominated for Best Short Film at the European Film Awards. Her film 'Solar Walk' won the Audi Short Film Award at the Berlinale 2018, was nominated at the Annie Awards for Best Short Film and is now part of The Criterion Collection. Réka was one of the Berlinale Shorts International Jury members at the 2020 Berlinale. She was a speaker at Pictoplasma both in Berlin and NYC, Pratt Institute NYC, The New School NYC, FMX Conference on Animation Germany and a guest teacher at California Institute of the Arts. Réka’s clients include Cartoon Network, Adult Swim, Netflix and FX Networks. Réka was invited to become an AMPAS member in 2021.

Every day legions of people risk their lives in the Mediterranean Sea to reach the southern coasts of Europe, the new Promised Land. But the sea, that once parted to allow Moses' passage, now closes with indifference over the stories and lives of countless victims.
An old man slowly walks along a deserted beach, collecting the last possessions of women, men, children who have disappeared during their long journey to the Promised Land.
A daily reality that bears upon all of us. 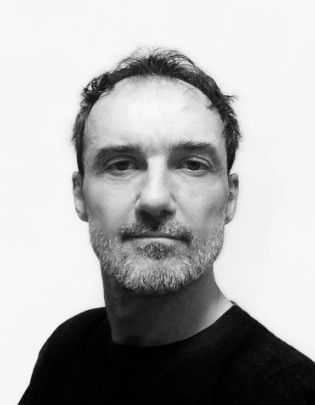 The people live using their own transformed bodies as tools in a world that doesn't require any consumption except for human bodies. 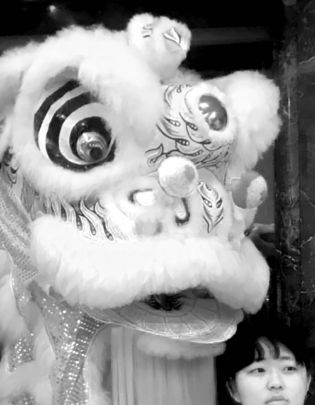 Clockwise (2021) is a generative and experimental audiovisual piece that explores the concept of space-time, Zeno's paradoxes related to the infinite subdivision of the units of measurement of space and time (dichotomy and arrow paradoxes), and their experimental abstract audiovisual representations.
Clockwise started during an experimental studio session with composer/producer Daniele Carmosino and composer/pianist Mark Aanderud. During the session they modified the piano adding a layer of tissue paper between the piano hammers and the strings, creating a beautiful percussive crispy sound that inspired a very rhythmic improvisation by Mark. That was the base on which Daniele created the rest of the track, recording an opera singer and live horns and manipulating the sound through analogue gear. The track was then mixed and mastered by Juan Ribes at Ribes Mastering.
Later the Clockwise visuals were generated through creative programming by the experimental animator Toni Mitjanit (AKA Spaghetti Coder) with the use of different algorithms of recursive subdivision of polygons, motion graphics techniques, computational complexity and randomness, audio-reactivity based on the analysis of the fast Fourier transform (FFT), and a touch of human-machine interaction.
Different geometric patterns emerge chaotically in the audiovisual piece as they are recursively decomposed and subdivided using randomness, noise and data extracted from the audio to determine the polygonal subdivision technique to apply, the color palette to use, 3d transformation properties (position, scale and rotation) and many other visual aspects. In the visual design Toni Mitjanit was inspired by the mosaics of the pop artist Eduardo Paolozzi and the tapestries of Gunta Stölzl and the Bauhaus school, but applying a very close approach to pixel art and visual music. 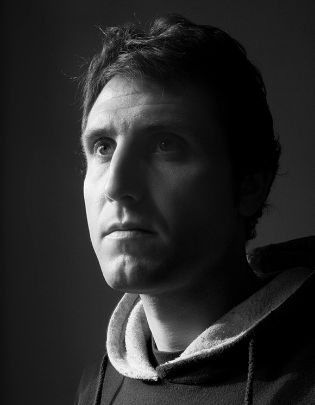 Toni Mitjanit was born in Manacor (Spain) in 1977. He is Bachelor in Computer Science in 2002 by UIB, Ph-Degree in Computer Graphics on Internet in 2002 by FUEIB, Master in Multimedia Production & Creation in 2007 by UOC, and Degree in Photography in 2010 by ESD.
He works at the level of media, video art, computational art, generative design and experimental animation regularly since 2010. He explores new audiovisual expressive ways through creative coding using data visualization, human/machine interaction, autonomous agents and randomness.
His works are focused on the creation of amazing animations, graphics and sound through creative coding. All his audiovisual creations are produced by coding in different programming languages (Processing, Java, C++, SuperCollider, ChucK).

In the dark swamps of a nocturnal forest, a group of gleaming axolotls is in heat, nuzzling and nibbling one another’s limbs. Soon a much larger, two-legged forest-dweller encounters the lustful group and reaches down to gobble one of the small shimmering creatures. His plump friends begin to partake as well and a feast begins. While dawn is slowly breaking, a cheerful game begins higher up in the branches. 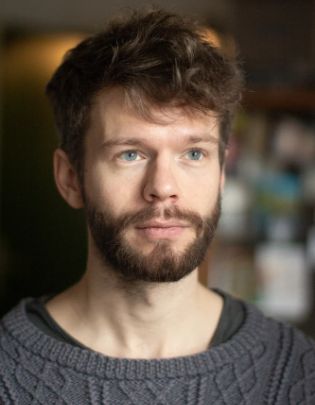 Jonatan Schwenk, born in Germany in 1987, is an independent filmmaker/animator, sound designer and storyboard artist currently based in Berlin. As a graduate from University of Art and Design in Offenbach and former guest student from Kunsthochschule Kassel, he focuses on combining various animation techniques into hybrid forms. His animated short “Sog“ received nearly 40 awards and mentions (including the Annecy Cristal for a graduation film) and has been screened at renowned film festivals around the world, including SXSW, Palm Springs ShortFest, Annecy, Ottawa, Zagreb and Flickerfest, where it qualified for the Academy Awards. As an animator and sound designer, his work has been selected twice for the Berlinale, where he was also chosen as a “Berlinale Talent” in 2020. Schwenk also contributed the sound design for “Cops & Robbers”, directed by Florian Maubach, which won the German Short Film Award in 2018, as well as for “Rules of Play” by Merlin Flügel, which received a Cristal at Annecy in 2019.

A true animated film about invented islands. About an imaginary, linguistic, political territory. About a real or dreamed country, or something in between. Archipelago is a feature film made of drawings and speeches, that tells and dreams a place and its inhabitants, to tell and dream a little of our world and times. 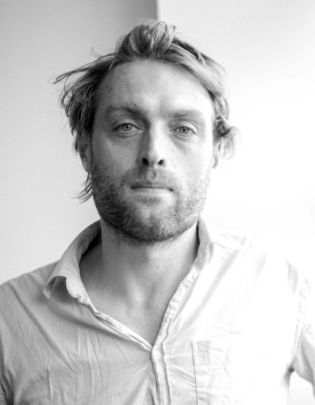 Born in 1981 in Quebec, Félix Dufour-Laperrière is a director, screenwriter and producer. His work, which shows a constant tension between narrative and formal exploration, maintains a close connection with the visual and contemporary arts. His films, among which ONE, TWO, THREE, DUSK (2006), ROSA ROSA (2008), M (2009) and TRANSATLANTIQUE (2014), have been presented in numerous festivals, museums and events of importance, where they have won several awards. VILLE NEUVE (2018), his first animated feature, drawn and painted entirely on paper, had its world premiere at the Mostra in Venice and has since been released in theaters in Quebec, France and Japan. Nowadays, he's finishing an animated documentary essay, ARCHIPELAGO, and begins the production of its third feature animated film, DEATH DOES NOT EXIST.