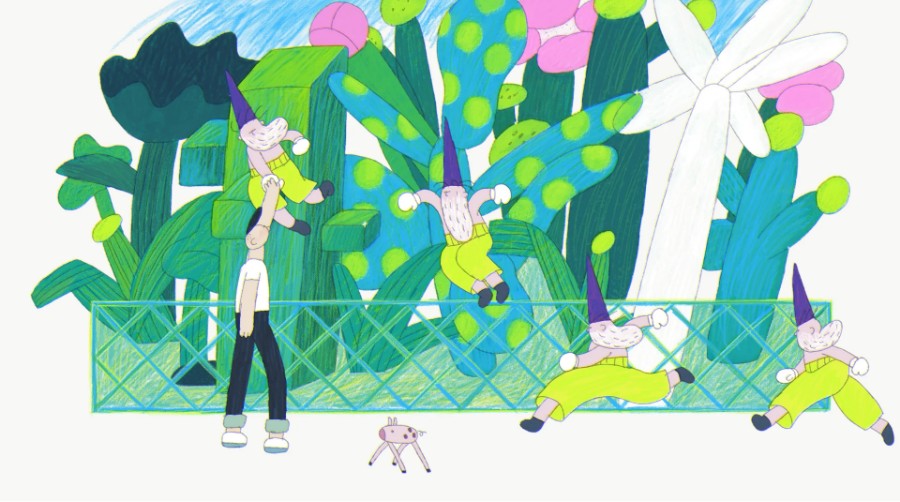 This category is for works that pursue and invent new ways of storytelling unique to animation.

The story is set in a graphic design world where fonts are the main characters. They interact with the environment according to their properties: Bold makes everything thicker, Italic tilts things, Monospace equalizes objects by width, etc. Fonts are assigned to build a garden, and the five boxing wizards jump in quickly to inspect their work. A negative space storm flushes everything away, but Regular comes and fixes the garden. 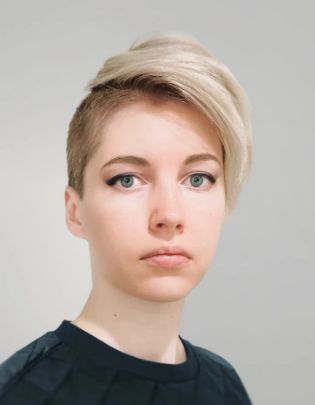 Nata Metlukh is a Ukrainian-American animation artist based in San Francisco. She creates visually bold, character driven works in a digitally hand-drawn technique. Her stories are based on absurdity and defamiliarization of common things. Nata’s films have been recognized by major animation festivals and received a number of awards.

Attempting a backflip is not safe. You can break your neck, or land on your head, or land badly on your wrists. None of that is nice, so my avatar does the trick. It practices on a 6-core processor with the help of Machine Learning. The processor is not the newest but still calculates 6 jumps per iteration. One iteration takes one minute, this is 360 jumps in an hour and 8.640 jumps in a day. I wouldn’t be able to jump so much myself. 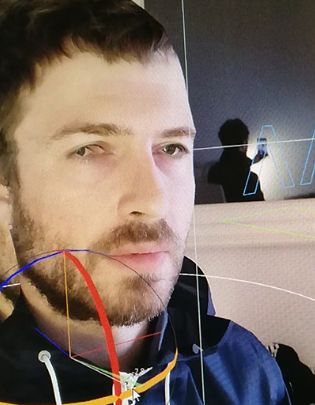 Nikita Diakur is a Russian-born filmmaker based in Germany. He is best known for his projects “Ugly” and “Fest”, which have received critical acclaim at film festivals around the world. His signature style is dynamic computer simulation that embraces spontaneity, randomness, and error.

A child is born. A daughter becomes a mother. A mother becomes a grandmother. A grandmother…. she just wants to die. Generations shift. Family members need to step into someone else's shoes. Step forward into their future roles. But do they? Is this a step one simply makes, or an invitation to a generation's dance? One step forward, two steps backward to escape becoming your own mother. 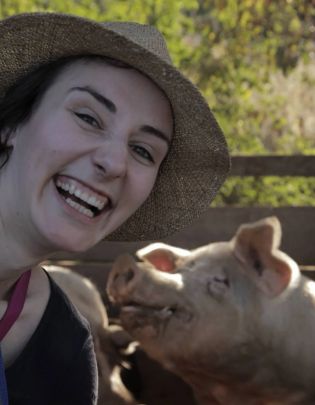 Paulina Ziolkowska is a polish film director, 2d Animator and illustrator. She studied animation at Lodz Film School in Poland, and before that graphic design and history of art in Wroclaw. Her debut film “Oh Mother!”(2017) was produced by Fumi Studio and screened in many festivals worldwide. Her next film “Bless you!”(2018) has won special mention at 68th Berlinale Generation 14 Plus and special mention at AnimaFest in Zagreb. Currently Paulina is a DAAD scholarship holder at Filmuniversität Konrad Wolf in Potsdam. She is working on a new film project called “Procrastination Yoga”, but because of procrastination it can take a while until the project is finished.

The drawings of this film were made blindfolded, that is, without looking at them while drawing but using only tactile cues. This constraint deconstructs the individual drawings, which are then assembled into a whole in the viewer's mind. The film gropes along like a blind man. This reflects the writer’s perplexity, who questions dogmas and certainties. Faced with the complexity of the world, eternal questions concerning the relationships among people, political and metaphysical questions arise:
- Who created the universe?
- God.
- And who created God?
Faced with ready-made ideological answers, the writer admits his helplessness, his blindness is more metaphorical than real. What does “see” mean? Does what we see, the appearance, reflect reality? The viewer is called to provide his/her own answer. S/he is the one who will have to decide, as his perception does, by assembling the disparate lines of the drawings in order to make them meaningful.
In a world where communication has acquired special significance, where images and views are constructed on order, how can one discern what is substantial?
Is the candy edible or its colourful wrapping? The orange or its peel?
Paradoxically, the answer is not as simple as it appears. 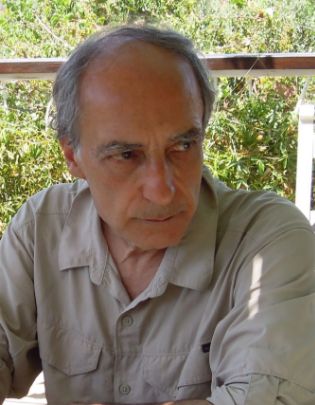 Georges Sifianos, born in Greece, holds a PhD in animation aesthetics from the University of Sorbonne. He is a filmmaker and professor emeritus of animation at ENSAD in Paris, where he founded the Department of Animation Studies in 1995. He has lectured worldwide including universities in Europe, India, Korea, Japan and China.
As a member of PSL academic research group, SACRe (EA 7410), he is interested in the renewal of forms of animation cinema, particularly from the point of view of cognitive science. The blindfolded animation approach employed in “The blind writer” is part of this research. His other recent research interest concerns animation forms found on the Parthenon’s Frieze. His book Aesthetics of Animated Cinema received the 2014 "McLaren - Lambart" award for the best academic book by the Society for Animation Studies and the "Hemingway Grant" in 2015.
His filmography includes the films:
• “SMILE” (1974), animated short film. 2’.
• “PETROCHEMICALS, THE CATHEDRALS OF DESERT” (1981), feature-length documentary, in co-direction with Stathis Katsaros. 80’.
• “SCENT OF CITY” (1994), animated short film. 8.30’.
• “TUTU” (2001), animated short film, co-directed with Pascal Dalet. 26’.
• “EGO” (2007), animated short film. 12’.
• “THE BLIND WRITER” (2021), animated short film. 9.50’.

A reckless boy in an almost desperate and therefore troublesome way persistently seeks the attention of his father – a photographer. Being confronted with his father’s artistic chaos and his obsessive fascination with photography-life, on his path of growing up these elements eventually become essential for strengthening their father-son bond. In a story that intertwines hand-drawn and stop animation in collage technique, the author takes his audience on a ride through the archive of Slovenian photographer Dragisa Modrinjak, and at the same time draws from personal experience as a filmmaker and father. 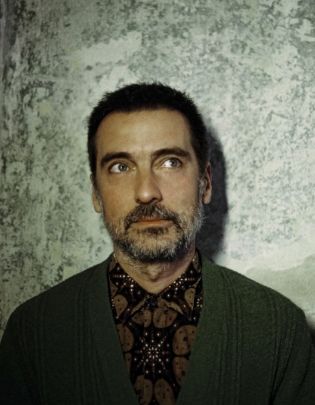 Milos Tomic (1976) graduated in Film Directing from the Academy of Arts in Belgrade in 2001. He holds an MA in Animation from FAMU (Prague), class of Petar Skala. There, he also received a PhD with a thesis on discarded objects as material for film and photography. Since 2009, he has been living in Belgrade, where he teaches short video forms at the Singidunum University. In 2013, he represented Serbia at the Venice Biennale. He has filmed over 60 short fiction, documentary, experimental and animated films, which screened at numerous festivals.

The complex life of simple figures 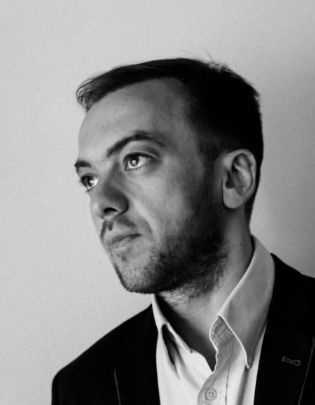 Genadzi Buto (b.1983) is a Belarusian artist, director and animator. Originally from Belarus where he graduated from the Academy of Arts as a designer. He worked in motion design and vfx for advertising, music videos and cinema. In 2011 moved to St. Petersburg, Russia where worked first as an classic animator for full-length animated films and then as a storyboard artist and director on full-length animated films and animated series for different major animation studios. At the same time he keeps making independent experimental short films, animated short films, animation music videos and other. His works are participants and winners of multiple international film festivals.

When it shrinks, it expands. It floats and it sinks. It separates but connects. When I think I’m watching them, they're actually watching me. A charming animation rhyme that weaves together the many days of observing, recording, and experimenting. 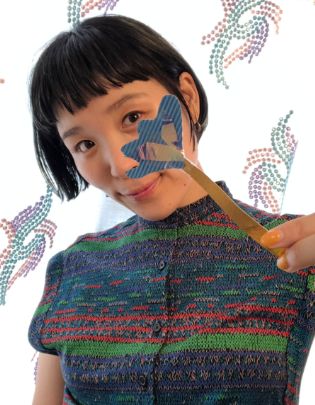 Born in1987, Aichi, Japan, currently based in Tokyo. Inspired by everyday events, she creates animation films in a variety of materials. Her main works are “See ya Mr.Banno!” which is based on vague and mysterious memories from her childhood, “Zdravstvuite!” depicting a day with a stranger she met in a seaside town, “A Snowflake into the Night” adapted from a poem by contemporary artist Tomoko Konoike, and the music video “ShalaBonBon” co-produced with musician BonnouShimizu.

The return of three Anglicized natives people to their county, or the beginning of a meeting with the modern world that will destroy them. 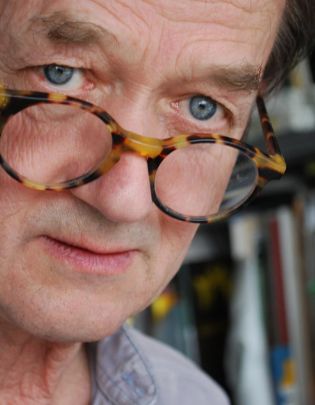 Georges Schwizgebel attended the School of Fine Arts and Decorative Arts in Geneva (1960-65), then worked in an advertising agency. In 1970, he founded GDS Studio and began producing and directing short animated films. From his film "The Flight of Icarus" (1974) to "Darwin’s Notebook" (2020), he directed some twenty films, which most of them won international awards. "78 Tours" (1985) and "Ride to the Abyss" (1992) are among the 2006 Annecy Festival's "100 most memorable animated films".

The grandiloquent blood-and-thunder saga of a young child lost in Manchuria’s deep jungles. His sudden presence creates complete anarchy in the fauna’s primitive world, which was until-then perfectly organized. 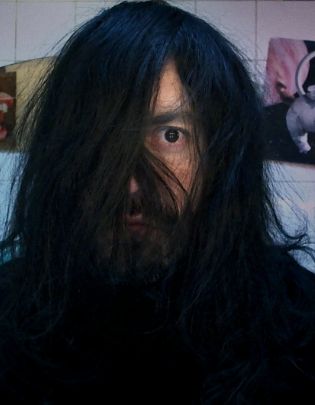 Nieto is a perversionist artist persecuted by animal defensors and Hare Krishnas. His films and performances are insane experiments and experiences.