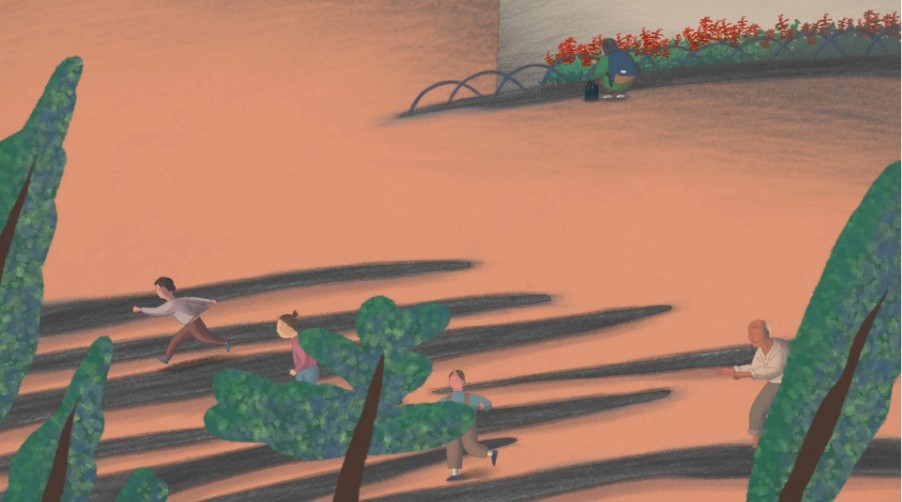 This category is for animated documentary and the films with social issues. 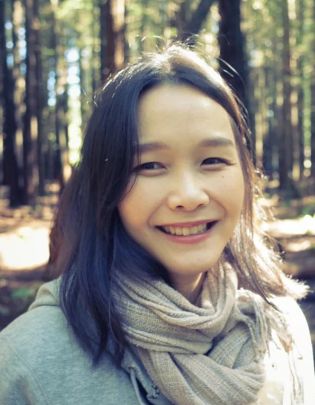 (JANG Nari) Born in 1985. Graduated with a BFA in animation from the Korea National University of Arts(K'Arts) in2012. In 2016, she graduated from the K'Arts with a MFA.

While transitioning from male to female gender, Matia struggles with finding a genuine intimate relationship with a heterosexual man. 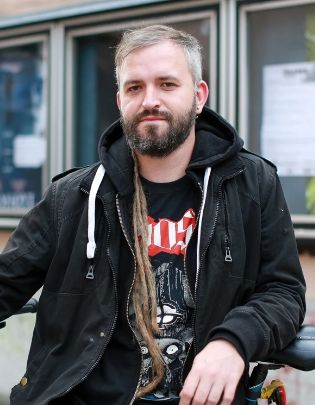 Marko Djeska (1983) is an animation director, scriptwriter and comic book artist. He graduated from the Academy of Fine Arts in Zagreb, Department of Animated Film and New Media. His films have been awarded at numerous film festivals. Marko is one of the founders of the studio for animated film, Adriatic Animation.

Gwen is a young girl who just turned 11. She lives with her parents and her dog. She is a very curious pre-teen, especially when it comes to sexuality. Gwen feels that her body is going through changes : her pubic hair is growing, new liquids are coming out of her body and fantasies are manifesting in her mind. Her dog’s behaviour has also quite changed. One night, she surprises him laughing. What if they were not so different from each other ? 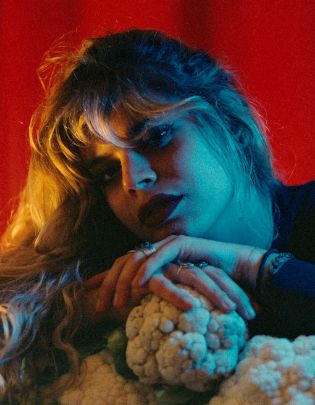 Around the age of seven, when nobody was watching, Lola Lefèvre used to look for some comics in the library of her living room. She loved to venture in Edika’s drawing of the Fluides Glacial editions, even though she was not allowed to. In these books, she could read gritty stories involving women with sagging breasts and phallic noses. Through these male and female characters, there was an absence of decency she was obsessed with. Living as an only child for six years, Lola feels like she has been raised like a girl by her mother and like a boy by her father. She used to feel free to be whatever she wanted, to laugh and make people laugh anyway she wanted. There were not many social rules or manners to apply. It was like being an animal raised by humans. Her first drawings can be summed up by an insatiable and frustrating desire to be able to interact with animals. Lola has always needed to multiply her means of expression. Animation appeared to be a way not to choose between drawing, acting, music, and storytelling. After graduating from an economical and social baccalaureate, for which she still questions its usefulness, Lola enthusiastically started her studies in the preparatory classes of Atelier de Sèvres in 2018. The next year, she joined a three year course at the Atelier Supérieur d’Animation. She got passionate about the movement in her drawings, as a letting go that became an essential tool to convey her narrative intentions. As she is fascinated by the body thematic, she develops through model drawing sessions a graphic approach combining both cartoon references and her fascination for painters like Egon Shiele or Toulouse-Lautrec. Even if she blossoms into these different group projects, in the nighttime, stories filled with passed emotion resurface. During final year film projects, she uses the opportunity to work with a friend on more ambitious and darker short films but closer to her heart. She makes writing and mise en scène points of honor. Her unstoppable desire to direct her own films already emerges. On her way back to school, she lets herself dream and write for later. In summer 2020, the prospects of the making of her graduating movie are taking shape. She finds a way to reconnect with the animal she had in herself before transitioning to adulthood, as a woman. This is how she chose the thematic of her film.

Julie can't fit into her school. The arrival of Emile, an autistic child, will change the game... 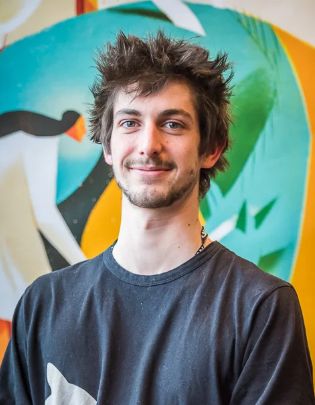 Paul Mas obtained an Assistant Director Diploma at the EMCA animation school of Angouleme (France) with his graduation film "Children". He lives and works in Paris, and makes stop motion short films.

"Have you or your partner ever had an experience where you missed your period or been “late”? " 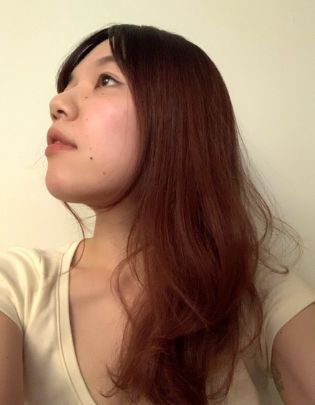 Holy Holocaust! describes the unusual relationship between Noa & Jennifer; one is Israeli and the other is German; friends in their hearts and souls for 22 years, until horrifying family secrets are revealed and shake their lives. Jennifer discovers that she is no less than the black granddaughter of Amon Gott, one of the most notorious Nazi commanders, while Noa realizes that her grandmother was an only survivor from a mass murder executed by the Nazis in her hometown in Poland. So now what? Can they remain close friends? Can they overcome the horrors of the past and go on as usual? Noa thinks they can, Jenny thinks they can’t and while they’re trying to figure out how to handle all this - an abyss is being created between them. Not because of the discovery itself, but because of their opposite attitudes towards History that slowly becomes a devastating guest in their present lives. The movie is an animated documentary, based on true events that follows the evolution of the two main characters’ relationship, while raising questions about identity, fate and history. 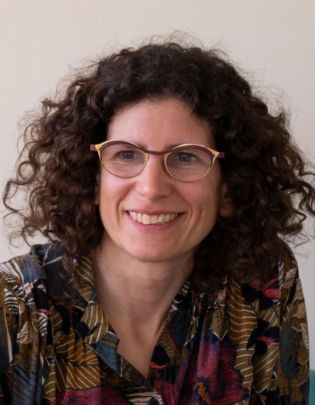 Osi Wald is an animation artist and Lecturer in Bezalel Academy. In her work, she explores the connections between dance and animation and alternative creative processes. Osi was a key member of the animation team of "Waltz With Bashir" and "The Congress" by Ari Folman. Among her animated films are Joints (2017, 10 min) and Reorganization (2015, 10 min) created with Ricardo Werdesheim and Moran Somer and Reflection (Locarno short film competition 2015). Graduate of Bezalel Academ 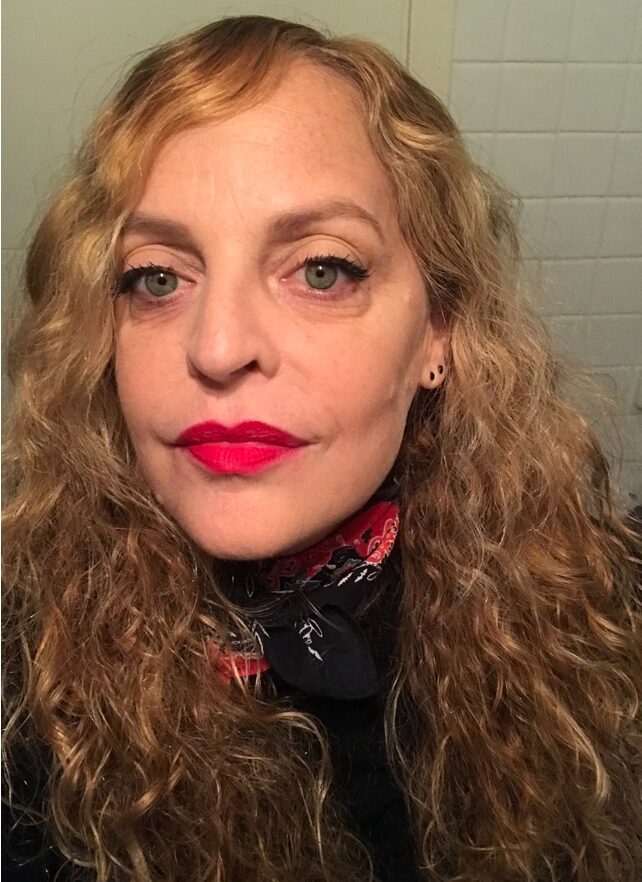 Noa Berman-Herzberg is a screenwriter & film creator, a teacher in Bezalel Academy of Arts and a "serial pickler" who hosts events that combine storytelling and culinary. Among her works: MABUL (87 min), with director Guy Nattiv, winner of a special mention, Berlinale, 2011, based on their short MABUL, winner of the crystal bear in Berlinale 2002, SNOWSALT (animation, 2 min.) with Amit Cohen and HOLY HOLOCAUST (animation, 17:22 min.) with Osi Wald. In pre-production: HARMONIA, a feature film, with Guy Nattiv and "GOING SOUR", a documentary TV series

The elderly at the nursing home have their heads shaved. The protagonist who works there sees them but can't read their expressions. However, from one instance, he finds himself looking closely at their faces. 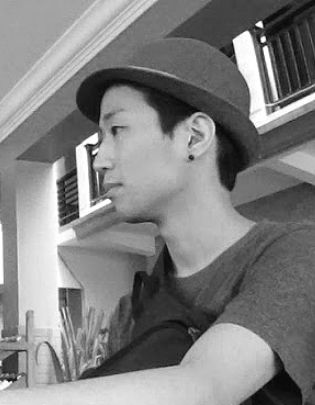 Born in Seoul, Korea. Graduated from Korea National University of Arts in 2008. Worked as a 2D animator at studios Shelter (2015-2017) and Workroom Yaha (2019). In 2018, enrolled in the Department of Animation at Tokyo University of the Arts Graduate School of Film and New Media, expected to receive master's degree in March 2022.